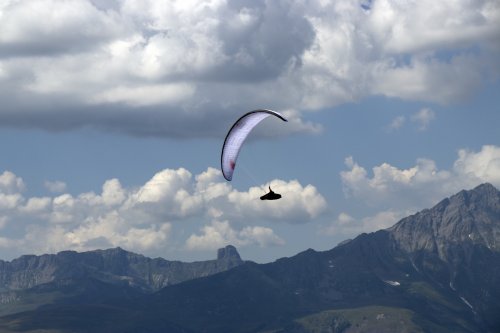 The Venus SC is our new high performance wing on EN-C category. With its 6.6 A/R, its 64 cells, its aggressive shark nose, its mini-ribs and other technologies it will get you always further and always faster.

“The Venus SC (Sport Class) came to the world when we were working on a new profile for what was supposed to be the Venus 5. We realized we could manage better performances than Venus 4 and at the same time have a very impressive passive safety for the EN-D category, even close to the EN-C category !
So we worked again on the profile so that it would fit (and on the best way possible !) the EN-C category requirement specification; A/R reduced a little, arch reworked, optimised lineset, everything has been thinked so that the wing has the higher passive safety level possible and also the best performances for the the category, in order to satisfy the most ambitious EN-C pilots !”

The front part of the profile is rigidified by crossed plastics rods, also know as the shark nose. It enables stable inflation of canopy at all angles of attack.

The shape of the upper front pannels have been optimized using 3D modeling (called 3D shapping) to get a cleaner leading edge for a better penetration in the air, glide and speed.

Using the mini-ribs on the trailing edge for better direction of flow of the outgoing airflow – reducing secondary turbulence, which in turn reduces the overall resistance of the canopy, thus contributing to higher glide ratio / has already been a standard feature for Axis wings.

Lines layout is pure three-line structure. This solution, along with linear distribution of the lines along the span, has enabled us to greatly reduce the consumption of lines, which also contributes significantly to relatively high maximum speed.

Just as all of our gliders the Venus SC is manufactured in Czech Republic. Using 100% made in europe materials 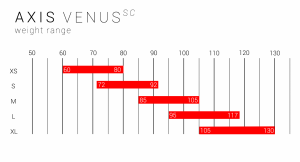 The glider is normally produced in 5 basic color combinations: Flame, Summer, Spring, Melon and Eco. On request, it can be manufactured in color combinations according to the customer – but here it is necessary to count with extra charge and longer delivery times.